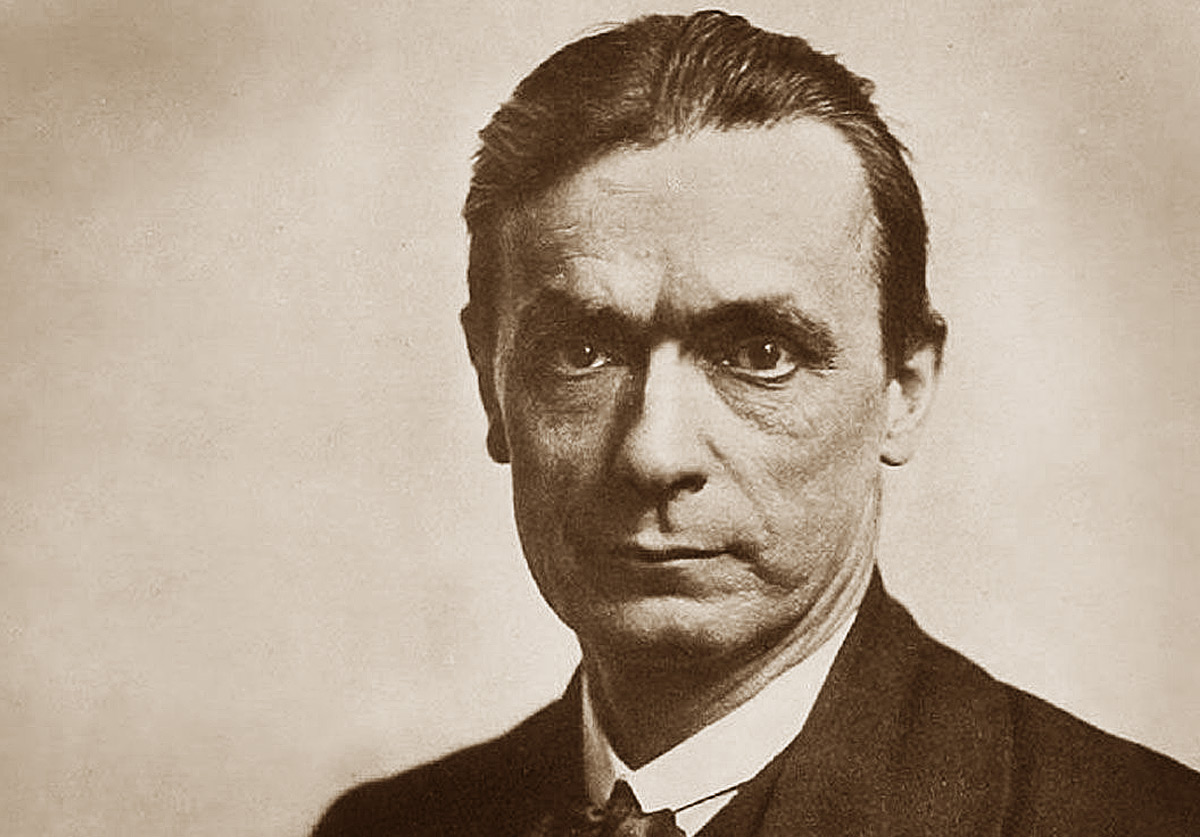 The idea of creating a stage play about Rudolf Steiner came as a result of conversation between Marke Levene and Mark Rylance in London in spring 2016.   Mark Rylance the now well recognized Shakespearean and Academy Award winning actor met with Marke Levene, (acting name Harvey Grant) the former film and TV character actor from age 5 until 19, who in adulthood has devoted himself to the performing arts that arise from the work of Rudolf Steiner.

In that conversation it was clear that Rudolf Steiner was a relatively unknown individual in the development of contemporary culture.  The idea was to create a play giving a picture of his impact on virtually every aspect of our civilization.  From the arts, through the sciences, through education and the questions of spiritual development in our times.

This led to forming of a relationship to the internationally recognized playwright Peter Oswald, former playwright in residence at the rebuilt Globe Theatre in London, who has written this play.

For the past year and a half, sometimes in England, sometimes in the USA we have worked, along with Henry Allen Founder of the Folklore Theatre Company in Gloucester, MA our director on the creation of a performance worthy of someone that we hold with reverence for the value of what Rudolf Steiner has given to development both for ourselves and so many others around the world.

The journey in the play takes us through pictures of his relationships with those around him and their effect on himself as well as his effect on their development.  The process of finding an artistic expression that does justice to an individual who has in print notes from approximately 6500 lectures that he gave as well as the 35 books that he wrote touching on every aspect of modern life.

Our plan is to tour this performance with a company (including technical support) of 20 individuals throughout the English speaking world in 2019 and 2020.  As always with contemporary performing art, finding the funding to get to the opening performance is ever a challenge and if you are interested please join our web site to be kept up to date on developments and if possible consider a tax deductible (in the USA) gift to Lemniscate Arts.

Information and details on the production and performance schedule for Steiner are forthcoming. Please check back for updates, reviews, schedule and additional information. We appreciate your interest and support!