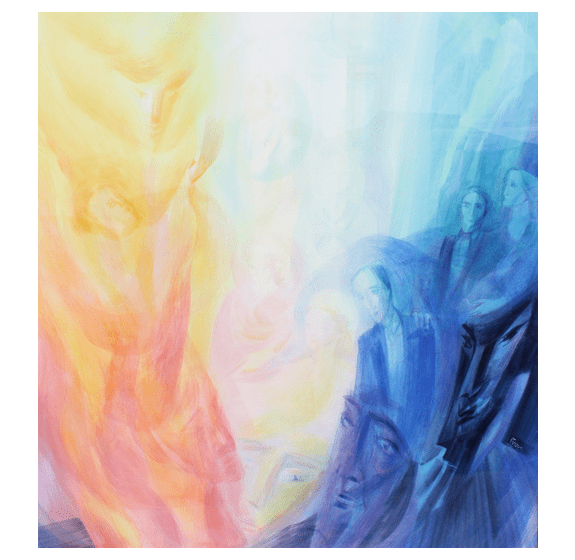 In the Spirit of Steiner Festival is a collaboration of individuals from all over the world who are devoted to performing art inspired and developed by Rudolf Steiner.  The group includes Actors, Eurythmists, Musicians, Directors, Technicians, Linguists, Writers, Greek Scholars, Businessmen, Teachers, Designers and many more.

Lemniscate Arts wants to introduce to audiences that know our work and audiences that will find us with a new approach to performance the love that we share for this work.

We approach the performances using the same techniques in different artistic points of focus.  Symphonic Eurythmy, also knows ad visible music,  Mystery Drama,  the placing of spiritual ideas and beings on stage using acting, and speech Eurythmy also known as visible speech, and biographical theater.   In each genre we approach the art working with the tools, where possible schooled by Rudolf Steiner’s theatrical ideas, of how to bring these spiritual beings and spiritual worlds onto the stage, hopefully helping to reveal their effects on our daily physical world.

Our tour is planned to begin the second half of 2018.  We will perform in repertory each performance twice a week in each venue. Our touring company plans to be approximately 57 members working with a local Symphonic Orchestra.

THESE PICTURES of the forces of destiny are shaped by their understanding of the work of Rudolf Steiner, 1861-1925, a scientist of the spirit. Dr. Steiner’s work included four dramas created during arts festivals in Munich in 1910, 1911, 1912 & 1913. These dramas show the destiny elements for a constellation of characters through multiple life times, from Ancient Egypt, through Hibernia, the Middle Ages, and into the early 20th century.

THE CLARITY of understanding of the formative forces of destiny (karma) and the central questions of esoteric Christianity make these works unique in human history.

A GROUP OF ARTISTS who produced these dramas in the English language and toured throughout the northern hemisphere during the 1980’s and 1990’s are coming together again to work on a new play based upon the characters and events of the first four plays.

THE PATHWAY is to further reveal to an ever-widening audience the understanding of the complexity of destiny for individuals, and for culture at large when The Working of the Spirit is included in the day to day realities of life.

Forming a Vessel for The Spirit In The Arts

There is a community of individuals worldwide who have had the benefit of discovering the work of Rudolf Steiner as part of their own biographies.

IN THIS COMMUNITY you will find pathways that take on every aspect of contemporary culture in terms of their fields of work. Medicine, Agriculture, Child Education, Adult Education, Finance, Manufacturing, Social Work, Educational Support, Publishing, Performing Art, Plastic Arts, Architecture — there is virtually no aspect of contemporary civilization untouched by people working outwardly in their profession while inwardly trying to carry new impulses into their daily tasks. Those tasks and the inner challenges reveal a striving towards a longer-term picture of destiny. The formative forces of that striving are focused on the integration of a living knowledge of the reality of reincarnation and karma as well as a living relationship to the mystery of Christianity.

Our arts can best be expressed as we approach three distinctly different aspects of the world of performance.

It is the intention of the Lemniscate Arts tour to bring to its audiences an experience of the spiritual dimension of life on the theatre stage. This will be achieved both through the content of the productions—the subject matter of the performances—and through the way in which that content is presented.

Underlying this intention is the conviction that individual human beings will be able to achieve full personal responsibility when they understand themselves as spiritual beings who share their humanity with every other human being. Part of this responsibility will be mastering the moral tasks related to the material and technological resources available in our time.

THROUGH THIS PROJECT WE WILL FURTHER RENEW THE PERFORMING ARTS INITIATED BY RUDOLF STEINER, ENABLING THE PERFORMING ARTISTS TO LIVE IN A CONTEMPORARY AND DIGNIFIED MANNER, SO THAT THEY CAN FULFILL MORE TRULY ART’S TASK TO HARMONIZE THE SPIRITUAL-DIVINE WITH THE PHYSICAL-EARTHLY.